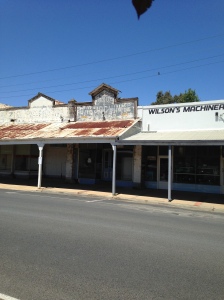 Recently I overheard some young women in their 20s commenting how time seemed to be speeding up, and it was really confusing them. I couldn’t agree more, and it’s good to know it’s not just me who is finding the weeks speeding by in a ridiculous fashion. Last time I blogged it was March. Now it’s May! WTF??? While time management has never been my strong point, according to hubby, I can now assume because everyone is confused by the speed of time, it is cosmic forces at work, and not my own incompetence, that has made everything zoom by so fast.

So Jane, I hear you say, what have you been doing that has kept you away from your blog for nearly 8 weeks? Good question. I actually have almost no idea. Well, except for the hot water system blowing up on the side of our house while we were at work. It flooded the bedroom for hours with boiling water, with the result that the carpet smelt like a combination of urine and dead fish. That meant sleeping in the front room on a mattress like a gypsy (yay midnight TV sessions), while the carpet and concrete floor dried out over 10 days. Then there was the shower that sprung a leak and is being fixed this week (yay! washing yourself with a bucket of water for 8 days while the whole thing gets re-tiled…). There was also the tiny event of being put on a hospital roster at work for the first time in 8 years while still being a casual employee (yay! working all week from 12 noon till 8pm for two months, leaving no time for anything else, and at the end of the roster not actually having a job at all), and the usual general slackness that occurs when you get overwhelmed with life.

Hubby and I have also been on a health kick for the last six weeks. That has involved loads and loads of fruit and vegetables, nearly no carbs or meat, and green smoothies most mornings.

Hey Jane, I hear you say, you must be so thin now!! Well, that’s what I thought would happen, but I have lost about 200 grams in six weeks, so that’s been a complete pain in the backside of your yoga pants. I’m feeling really great though. And as my friend David says, that’s the whole point of a diet. I have so much more energy, and I’ve got to be really grateful about that. I’ll talk more about it in my next post (probs six months from now…), because my muse (hubby), who was a complete carnivore, now eat tofu. Yes, TOFU. Bloody hell, I never thought I’d see the day.

For now though, it’s bed time as we have to get up at 5.30am to crouch in the bath and wash ourselves with a little cup and a bucket of water before the shower guy arrives at 6.50am.

Deep breath. With the way time is zooming by, this will be a memory from years ago by next week.