I’ve often wondered what it would be like to be a patient, when I’ve been looking after people as a nurse. How hard is it to wee on a bedpan? Do those clexane injections really hurt as much as people say, and what does it feel like to have a bed bath, and be completely naked in front of someone you don’t know (excluding experiences from my 20s when I was a single girl!)

Little did I realise that I was soon to find out. I had to have pelvic surgery this month, and after some post-operative complications, I found myself smack in the middle of relying on people to help me do the most basic of things. What I found, was that most of the nurses and doctors were incredibly kind, that people do come through when you need them, and that my muse (husband) is capable of talking at me for two hours non-stop about sport when he comes to visit.

After a turn for the worse, I ended up in Intensive Care. Now, for any nurse, this is going to be a challenge. ICU usually means you are on a knife edge of becoming really bloody sick. I was terrified. In the small hours of the morning, after no sleep, I started crying. I had discovered what it’s like to wee on a bedpan (horrendous and very messy), and I also now knew what it was like to have 40 litres of oxygen blowing up your nose. The nurse suggested I watch the TV on the wall in my little cubicle to distract myself, so in amongst all the bleeping machines, I turned it on. I think it was 4.30am.

Lo and behold, there was Celine. My Celine. Anyone who has followed this blog would know that Celine Dion is my idol. If things ever get really tough, I say to myself ‘what would Celine do in this situation?’ And there she was, smiling out at me, talking about finding strength in the bad times, and then singing a song. She looked so brave and happy, that I knew this was a sign from the Universe, and I knew in that moment, that I was going to get better. My nurse thought I had gone quite mad when I told her this, but I don’t care.

Later that morning, the doctor came around and told me that I had staged an almost miraculous recovery. By the end of the day I had been moved to a private room and while still being observed ever hour, was not in danger anymore.

And now I’m home, feeling heaps better, and so grateful for all that I learnt along the way. I can’t imagine how much better at my nursing I’m going to be, and I realise how much a kind word means to people when they are down.

But most of all, I know that if I ask myself the question ‘what would Celine do?’ I’m going to be just fine. 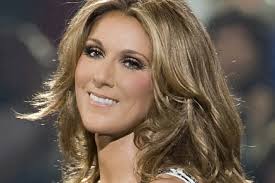